Last night, my dad and I went to the Royal Edinburgh Military Tattoo. We’ve talked about going to this event for years, since I started playing the bagpipes back in the early 2000s (I don’t play any more). Finally, circumstances brought us to Edinburgh (well, my living here and his being in Scotland for work).

Around 8.30, we joined the throng walking up the Royal Mile, the maddening bunch of tourists, a few locals, masses of students. I felt a bit like a salmon swimming up river, particularly as I had to go up hill to get to the Castle Esplanade. It was chilly, a sharp contrast to the day’s comfortable weather and Saturday night’s warmth. Sitting up where we were, it was slightly windy, but not nearly so bad as on top of the seats–the flags flew wildly.

The Tattoo started at 9 with a fighter jet flyover, which I unfortunately could not see. Not a real loss though, we could hear the four jets. They fly over the Meadows, and I’ve seen them fly by before.

I didn’t really know what to expect from the Tattoo. Bagpipes, obviously, military bands, yep. Highland dancing mixed with modern dance to interpret the Industrial Revolution? Nope, did not expect that–nor did I particularly enjoy it. It was entertaining and shiny, but, quite frankly, watching modernish dance bores me a bit. As does ballet, to a degree. I digress. 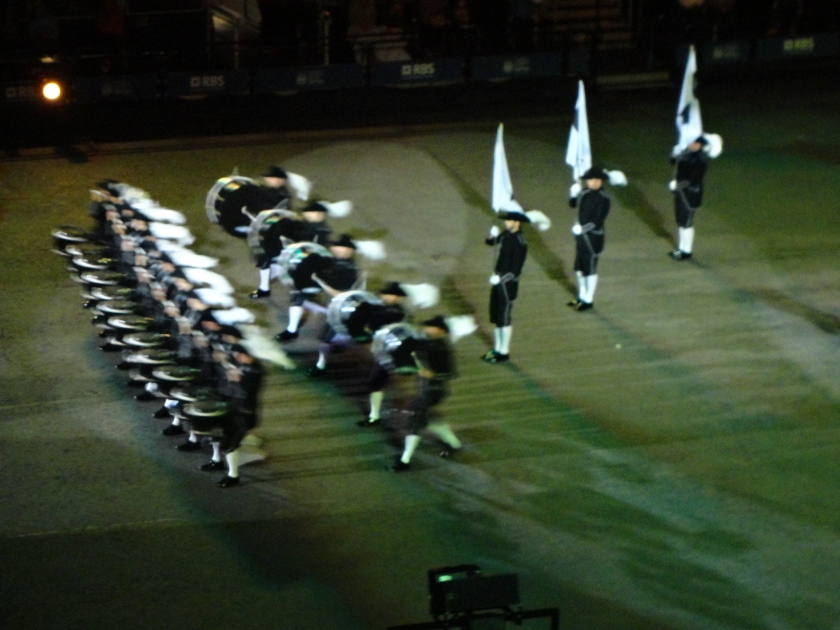 My favourite part of the evening was when the Top Secret Drum Corps of Basel, Switzerland. I had seen a video of their 2006 performance and was hopinghopinghoping that they would be performing at this year’s Tattoo. Lo and behold, they were! It was a fantastic performance. I grinned ear to ear the whole time. “You’re really enjoying this, aren’t you?” my dad said to me during the drum-stick-stage-fighting portion. I could only nod.

After the Top Secret Drum Corps came the King of Norway’s personal guard, a fantastic drill team and band. I like the patterns and movements created by drill teams, the precision and exactness (a bit strange that I can be bored watching choreographed dance and yet I really enjoy drum lines and drill teams…oh well).

The Tattoo ended with the lone piper on the Castle ramparts, playing a hymn for the fallen. 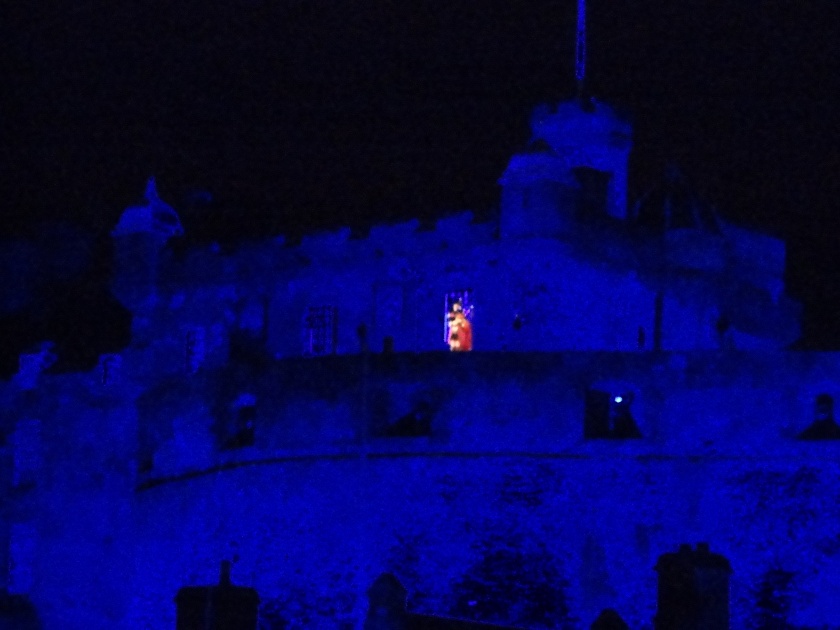